One of the arguments for brexit is that the world's fastest-growing markets lie outside Europe and membership of the European Union has hampered the United Kingdom's opportunities to supply them. The proponents of that argument counter the contention that the bargaining power of 28 nations is considerably greater than that of one with the assertion that the need of EU negotiators to take account of the interests of all member states and not just those of one means that British interests are compromised before negotiations with third countries even start.  Such compromise, they say, more than offsets the advantage of being part of a large bloc.

That thinking was apparent in Liz Truss's announcement that HMG had applied to join the Comprehensive and Progressive Trans-Pacific Partnership on 30 Jan 2021:

“Joining CPTPP will create enormous opportunities for UK businesses that simply weren’t there as part of the EU and deepen our ties with some of the fastest-growing markets in the world.

“It will mean lower tariffs for car manufacturers and whisky producers, and better access for our brilliant services providers, delivering quality jobs and greater prosperity for people here at home."

This may possibly be true of financial and other services and some high-value luxury goods like whisky but it is hard to see the attraction of the CPTPP for car manufacturers most of which are foreign-owned who invested in the UK purely for access to the EU car market.

The price of this freedom to apply for membership of trading blocs on the other side of the world and the other measures that the government may have in store quickly became apparent when customs officers impounded the sandwiches of British lorry drivers, inshore fisheries encountered difficulties in supplying continental customers and supermarket chains delays and obstacles in stocking branches in Northern Ireland. A dispute between the European Commission and AstraZeneca Plc over the performance of a contract to supply vaccine prompted the Commission unilaterally to take measures to restrict transit of vaccines across the border between the Irish Republic and Northern Ireland under art 16 of the Protocol on Ireland/Northern Ireland to the withdrawal agreement.

Such disruption was a foreseeable - possibly even deliberate - consequence of decoupling the British economy from the European single market in order to open it up to the world. It is the start of an economic and social experiment pf which many of those who voted for brexit on order to limit immigration are unaware and would not otherwise have approved.  It is a gamble and it may take many years before it can be known whether it has paid off.

The focus of this blog is, of course, intellectual property and not polemics.  As I noted in the January Brexit Briefing  EU legislation including regulations establishing the EU trade mark, Community designs, Community plant varieties and other intellectual property rights ceased to apply to the UK from 23:00 on 31 Dec 2020. They have been replaced by a thicket of secondary legislation which I did my best to untangle in How Brexit has changed IP Law on 17 Dec 2021 and in my presentations on the subject on 26 Jan 2021 (see my slides and handout.

The CPTPP agreement contains provisions on intellectual property as I noted in British Intellectual Asset Owners' Rights after Brexit: IP Provisions of Bilateral Investment Treaties and Free Trade Agreements on 17 Aug 2020,  So, too, do the bilateral agreements that have been agreed with countries like Japan which I discussed in An Introduction to and Overview of the Comprehensive Economic Partnership Agreement with Japan on 28 Oct 2020.  Progress on negotiations with Australia, the CPTPP, Japan, New Zealand and the USA is being monitored in the "Trade Negotiations" pages of this blog.

Standard YouTube Licence Jane Lambert This video from the Intellectual Property Office neatly summarizes many of the changes to the law that... 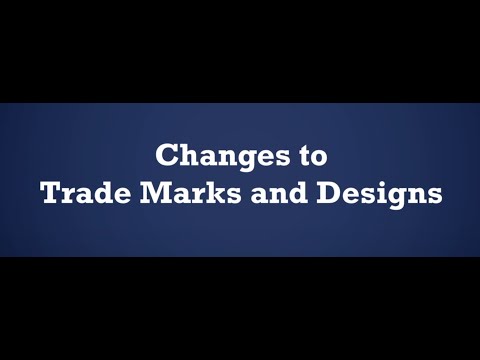