Talks between negotiators for the British government and the European Commission continued throughout July with no signs of a breakthrough on the four stumbling blocks identified by Michel Barnier in his statement of 2 July 2020 which I mentioned in my June Brexit Briefing,

However, others have found some signs of hope.  Phil Hogan, the Trade Commissioner told The Guardian that British negotiators have begun to engage on the issues in the last week or two and that there has been "a change of attitude" from No 10 "after pressure from business" (see Daniel Boffey UK negotiators have only engaged with issues 'in last week or two', says EU 29 July 2020 The Guardian).  Charles Grant, Director of the Centre for European Reform, wrote I'm optimistic about a Brexit deal – despite the gloomy outlook in the same newspaper that same day.

We shall have to wait and see.  If there is any substance to those reports it will be ironic because it was supposed to be German carmakers and Italian white goods manufacturers who were supposed to force concessions from the EU and not the other way round.

It is believed that trade negotiations are continuing with the governments of a number of countries on new free trade and other agreements but very little news on their progress has been published by the Department for International Trade or their negotiating partners.  The only one of those negotiations that is likely to lead to an agreement by 31 Dec 2020 is the proposed free trade agreement with Japan which will be with Japan.  The proposed agreement will be similar to the one that Japan has negotiated with the EU.

The Department for International Trade has introduced a Trade Bill which had its first reading in the House of Lords on 21 July 2020.  The purpose of the bill is "to make provision about the implementation of international trade agreements; to make provision establishing the Trade Remedies Authority and conferring functions on it, and to make provision about the collection and disclosure of information relating to trade."  It consists of 14 clauses and 5 schedules.  A set of Explanatory Notes is available on the British Parliament's website.1

Anyone wishing to discuss this briefing or any of the topics mentioned in it is welcome to call me on 020 7494 5252 or send me a message through my contact form.
at Sunday, August 02, 2020 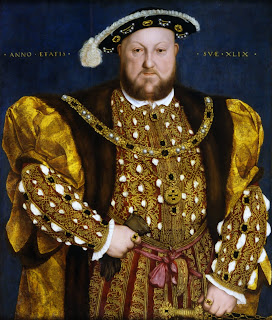