Jane Lambert
At 23:00 on 31 Dec 2020, Regulation (EU) No 1215/2012 of the European Parliament and of the Council of 12 December 2012 on jurisdiction and the recognition and enforcement of judgments in civil and commercial matters ceased to apply to the United Kingdom.  One of the likely consequences that Judge Marieke Witkamp noted in her article Internationalizing Domestic Courts in Europe: A Comparative Analysis on Procedure, Function, Organization is that judgments of the English courts will be more difficult to enforce in the EU a well as the means of obtaining evidence and serving process.
That has presented an opportunity for lawyers and the judicial authorities in Germany, France and the Netherlands to grab some of the international commercial litigation work (estimated at €16 billion by Orchard Reports in UK Legal Services Market Trends Report 2019 (Feb 2019))  that has been coming to the Business and Property Courts in London.  All of those countries have opened special commercial courts in which evidence may be admitted and at least some of the proceedings may be conducted in English.  In Part 4 of her article, which is a preprint of the article that is submitted to Cambridge University Press to become part of the book International Commercial Courts: The Future of Transnational Adjudication Judge Witkamp compares the French, German and Dutch courts with the Abu Dhabi Global Market, Dubai International Financial Centre and Qatar Financial Centre Courts in the Gulf. the Astana Financial Centre Court in Kazakhstan and the Singapore International Commercial Court.
The courts in France, Germany and the Netherlands differ from the courts in Asia in several respects but perhaps the most striking is that they apply their own substantive and procedural law whereas the courts in the Gulf, Singapore and Kazakhstan apply the common law and procedures based on the Civil Procedure Rules or, in the case of Singapore, Rules of the Supreme Court.  Whereas many of the judges of the Asian courts come from the leading common law jurisdictions (including Ebgabd and Wales), the judges of the French, German and Dutch courts are local judges who have a good command of English. Similarly, litigators and advocates from overseas can appear before the Asian courts but only locally qualified practitioners can appear in the French, German and Dutch courts.  In the case of the French and Grman courts that is probably because part of the written procedure and the judgment in those courts must be in French or German as the case may be.  In Part 5, the judge compares various features of the European courts and it has to be said that the Dutch court appears to be far more users friendly than its rivals. Although the judge argues that the civil law system of litigation offers advantages over the common law system it does not yet appeal to most international businesses litigators.
There is one international commercial court that is in the EU that applies the common law and has seen an influx of lawyers from the UK and that is the Commercial Court in Ireland. This has more in common with the Singapore International Commercial Court than it does with the English speaking courts on the Continent but the author does not mention that tribunal.  That is surprising as it must be a serious contender for any European work that London loses. Later in the year, James Bridgeman SC who is a door tenant of our chambers and our French and Italian colleagues, Natasha Peter and Guido Carducci will give a webinar on enforcement of EU trade marks, Community designs and plant varieties in their respective jurisdictions. It is not clear whether the French, German and Dutch courts would have jurisdiction in those cases but the Dublin Commercial Court certainly does.
Anyone wishing to discuss this article or any topic mentioned in it can call me on +44 (0)20 7404 5252 or send me a message through my contact form.  I wish all my readers a very happy Easter.
at Friday, April 02, 2021 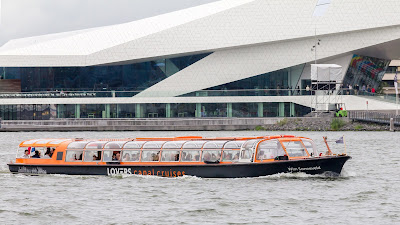