The most significant events in April were the ratification of the Trade and Cooperation Agreement by the European Parliament, the Commission's recommendation that the UK should not be allowed to accede to the Lugano Convention and the fallout from the implementation of the withdrawal agreement and, in particular, the Northern Ireland Protocol. The month also marked the anniversary of British ratification of the Unified Patent Court Agreement in 2018 which was reversed by a note verbal and a written statement from Amanda Solloway MP 2 years later.

Ratification of the Trade and Cooperation Agreement

The Trade and Cooperation Agreement has avoided tariffs on British exports which is something but not the need for customs formalities, health checks and all sorts of other non-tariff barriers to imports from third countries from which British exporters had previously been exempt. The result is that many firms have complained that it is considerably more difficult and expensive to supply customers in the EU than it had been before. It is too early to say whether those difficulties are temporary or long-term but if they are temporary there do not appear to be any solutions on the horizon.

The agreement covers goods but not services.   Before the expiry of the transition or implementation period, the British financial services enjoyed the highest level of access to the European single market known as "passporting rights".  These have now been lost but discussions have been taking place for the industry to be accorded equivalency rights that allow some access.  Those discussions have not yet resulted in an agreement.   As a result, some businesses have transferred some of their operations to one or more of the remaining EU member states.  There have been some job losses in London but not yet at a disturbingly high level.

A sector that stands to lose even more from Brexit than financial services is the legal services industry and particularly intellectual property.  London was a convenient forum for the resolution of commercial disputes while Regulation (EU) No 1215/2012 applied to the UK. There is now uncertainty as to the ease with which English judgments can be enforced in the EU and the assistance that British courts can expect from EU courts. Many of those difficulties would cease were the UK to rejoin the Lugano Convention (Convention on jurisdiction and the recognition and enforcement of judgments in civil and commercial matters OJ L 339, 21.12.2007, p. 3–41).  Accession requires the consent of the existing members and according to Lord Goldsmith, the former Attorney-General. the Commission has advised EU member states to refuse such consent on the grounds that it is not a member of the EU, the EEA or even EFTA (Lord Goldsmith UK Accession to the Lugano Convention 2007—View of the EU Commission 22 April 2021 Debevoise & Plimpton).

Fallout from the Northern Ireland Protocol

I mentioned the circumstances that gave rise to a letter of formal notice in The Commission's Second Letter of Formal Notice on 29 March 2021. HM Government had a month in which to answer that letter which has now expired.  The Northern Ireland Protocol was a concession that the previous Prime Minister, Theresa May, said that no British prime minister could ever make. She had negotiated a withdrawal agreement that required the whole United Kingdom to remain in sync with the internal market until some means could be found that would enable lorries to cross the border with the Republic of Ireland without customs formalities.  Such a requirement proved unacceptable to many Conservative and all Democratic Unionist politicians with the result that the agreement that she had negotiated could not be ratified.   As a result, the UK's withdrawal from the EU was postponed until 31 Jan 2020.

The concession enabled the UK to withdraw from the UK and the consequences of such withdrawal for Northern Ireland were delayed until the implementation or transitional period expired on 31 Dec 2020.  As the Northern Ireland Protocol required additional paperwork and customs inspections on imports from Great Britain it became increasingly difficult to supply distributors in Northern Ireland from that country.  That has led to shortages of some consumer goods which in turn has led to civil unrest. The government's response to that unrest was to delay the implementation of certain aspects of the Protocol which prompted the letter of formal notice from the Commission.   In a related development, the members of the largest party in the Northern Ireland assembly have forced the Chief Minister out of office.

With job losses and business failures in all sorts of industries from financial services to fishing resulting from the additional paperwork and costs of exporting to the EU, the problems in Northern Ireland, the highest number of deaths from COVID 18 and the worst economic downturn of any of the large European economies, the government might be expected to struggle in public opinion polls.  So far that has not happened and that appears to result from the early success of the National Health Service in vaccinating the most vulnerable age groups of the British population.  The government has given the impression that this success is a benefit of Brexit which will probably be debunked but not in time for the local authority and Senedd and Scottish Parliament elections on 6 May 2021.

To celebrate World Intellectual Property Day 2018, the Foreign Secretary, Boris Johnson deposited the UK's instrument of ratification.  Less than two years later Amanda Solloway MP, the Minister of State for IP reversed that decision. I had been looking forward to appearing with the Minister at a seminar to discuss IP law and FinTech at which I would have questioned her on her volte-face butt sadly she never turned up recording a video message instead (Jane Lambert IP Strategy for FinTech Start-ups and SMEs - and Other Matters 28 April 2021 NIPC London). London was to have hosted part of the Central Division of the Court of First Instance and considerable funds were invested in fitting out courtrooms for the new tribunal in Aldgate.  Those premises are now being for remote hearings in the Trade Marks Registry.  Meanwhile, the Dutch, French and Germans are bidding for London's legal work with new English speaking courts in Amsterdam, Paris and Germany (see Jane Lambert English Speaking Commercial Courts in France, Germany and the Netherlands bid for London's Work 2 April 2021).

I am currently updating my contribution to Helen Wong's Doing Business after Brexit.  The first edition of that book was a great success as I mentioned at the time My contributor's deadline is 30 My 2021.  I do not yet have a publication date for the second edition but I shall let you know.  In my update, I shall mention the provisions of the withdrawal agreement and the trade and cooperation agreement relating to IP and data protection, the implementing legislation, the continuing persuasive authority of the Court of Justice's case law and the missed opportunity of the withdrawal from the Unified Patent Court Agreement.

Anyone wishing to discuss this article or any topic arising from it should call me on 020 7404 5252 or send me a message through my contact page. 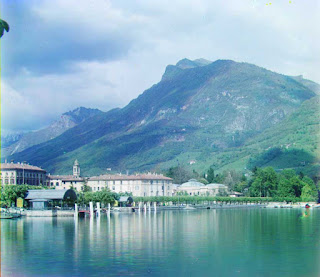