On 15 June 2021, the government announced that the British and Australian prime ministers had reached an agreement in principle on the terms of a free trade deal between the two countries (see the press release UK agrees historic trade deal with Australia 15 June 2021). The British government has not yet published those terms, possibly because the National Farmers Union's concerns over the terms of that deal had resonated with the public. Instead, the Department of International Trade has released a one-page leaflet described as "promotional material" and entitled Ten key benefits of the UK – Australia Free Trade Agreement. By contrast, the Australian government has published a summary of the terms of the agreement in Australia-UK FTA negotiations: agreement in principle on 15 June 2021.

According to the Australian government, the agreement will contain provisions on the following matters:

According to the British government, one of the benefits of the proposed agreement is that:

"The deal removes tariffs on £4.3bn of exports, making it cheaper to sell iconic products like cars, Scotch whisky and ceramics into Australia - supporting industries that employ 3.5 million people in the UK. Car makers in the Midlands and the North of England will benefit."

That might be true of whisky and other luxury goods but it is less obvious how far the removal of Australian tariffs will improve the competitiveness of motor vehicles shipped halfway around the world.  The Chief Executive of the Society of Motor Manufacturers and Traders has welcomed the agreement with Australia but added:

"Given the integrated nature of the automotive industry, however, and the importance of proximity, we must also ensure smooth trade with markets closer to home."

The UK sold 20,000 cars to Australia in 2019, compared to 578,000 to the EU (see James Batchelor UK car makers demand smooth trade links ‘closer to home’ after Australia trade agreement 16 June 2021 CarDealer).  Even after the removal of those tariffs, motor manufacturers in Asia will continue to enjoy the advantages of lower labour and freight costs.
Having lost my rights to practise in the EU under Directive 77/249/EEC and Directive 98/5/EC, I was heartened by para 5 of the Ten Key Benefits of the FTA:

"UK Lawyers will be able to practice in Australia without having to requalify as an Australian lawyer."

"legal services provisions which will both guarantee that UK and Australian lawyers can advise clients and provide arbitration, mediation and conciliation services in the other country's territory using their original qualifications and title, as well as establish and drive collaboration between regulators with the aim of addressing remaining barriers to practise as a local lawyer in the other country's territory."

Advantages of the proposed agreement that the government might have mentioned include provisions on copyright, design rights, patents, trade marks, geographical indications, artists resale rights, trade secrets and test data. These should not lead to higher medicine prices in either country. The Australian and British governments have also agreed to start a "strategic innovation dialogue" as a standing institution to support trade and economic growth through collaboration between the UK and Australia on innovation and associated trade matters, including regulatory approaches, commercialization of new technologies, and supply chain resilience.  They have also agreed to encourage the development and adoption of emerging technologies.

I shall return to this subject after the text of a draft agreement has been published.  Anyone wishing to discuss this topic may call me on  +44 (0)20 7404 5252 during office hours or send me a message through my contact form. 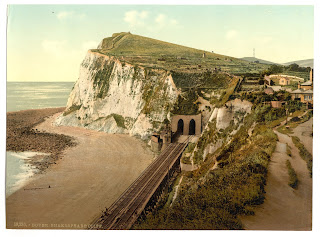