Standard YouTube Licence
Jane Lambert
The event for which September 2020 will be remembered was the introduction of the United Kingdom Internal Market Bill    Why the Bill was needed at all or at any rate while negotiations on the new partnership with the European Union are at a critical stage is far from obvious.  As I said in The United Kingdom Internal Market Bill  19 Sept 2020 "my first impression on reading through this bill was that there was nothing in it that did not already fall within the scope of existing legislation except perhaps Part 5."
As even Nigel Farage could see, a stiff response from the European Commission was to be expected and perhaps even justified:

If the UK is to leave the customs union and single market and the Republic of Ireland is not, there have to be customs controls at the border between the Irish Republic and Northern Ireland unless it is placed somewhere else. The only other place they could be located is between the ports of Great Britain and Northern Ireland.  That is what Mrs May said no British Prime Minister could ever do.
It seems unlikely that this difficulty was not foreseen by Mr Johnspn or members of his party when they voted for the European Union (Withdrawal Agreement) Act 2020 which ratified the Agreement on the withdrawal of the United Kingdom of Great Britain and Nothern Ireland from the EuropeanUnion and the European AtomicEnergy Community.  The only explanation that occurs to me is that the Messrs. Johnson, Gove and Lord Frost hoped to renegotiate the withdrawal agreement in the new partnership talks.

Since art 50 (2) of the Treaty on European Union required the negotiators to take account of the framework for the UK's future relationship with the EU which was supposed to be expressed in the Political Declaration, the EU negotiators were mandated only to flesh out the details of that framework.  That is the substance of their draft treaty of 18 March 2020.  When Johnson, Gove, Frost and company refused to consider that draft the talks became deadlocked allegedly on state aids, fishing and dispute settlement.

If that surmise is right the United Kingdom Internal Market Bill could have been intended to jolt the EU into making concessions.  The threat is that if nothing is done the Irish government will be forced to police the border with Northern Ireland that could lead to political instability in the Republic as well as (possibly but from the Briitish point of view much more affordably) in Northern Ireland.   If that is the tactic it is not clear that it will work for the Commission announced at 10:00 this morning the first step in taking legal action against the UK.  We should know fairly quickly for both sides agree that the middle of October is the cut-off point for ratification of any new partnership agreement by the parties' legislatures before the end of the year,

Other developments in September have been the Agreement in Principle on a Comprehensive Economic Partnership with Japan 12 Sept 2020, exploratory talks with the governments of the parties to the Comprehensive and Progress Agreement on the Trans-Pacific Partnership and continuing talks with the US government on a possible trade deal.
Anyone wishing to discuss this article or any of the issues discussed should call me on 020 7404 5252 during office hours or send me a message through my contact form.
at Thursday, October 01, 2020

Standard YouTube Licence Jane Lambert The event for which September 2020 will be remembered was the introduction of the United Kingdom Inter... 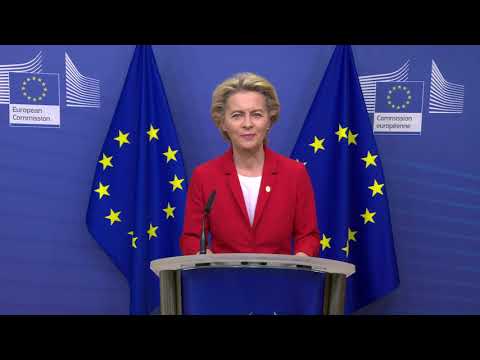