Jane Lambert
This is my last Brexit Briefing before the end of the transition period.  I delayed it much longer than I should have done to await the outcome of the negotiation between representatives of the British government and the Commission on the UK's future relationship with the European Union.  I have decided not to wait any longer for two reasons. The first is that we may not get an outcome tomorrow. Both sides are gloomy but that does not mean that talks will not continue.  The second is that an agreement may not make all that much difference to businesses and individuals in practice as there will be checks, delays and inconvenience even under a free trade agreement.
The very first Brexit Briefing grew out of a talk that I gave in chambers on IP planning for brexit on 7 Dec 2016.  There were then many uncertainties as to what would happen to Community designs and plant varieties, EU trade marks, geographical indication, the trade secrets directive, the unitary patent and the Unified Patent Court.  Because those uncertainties were likely to be resolved in the negotiations on the terms of the UK's withdrawal, I advised my audience to "Follow the withdrawal negotiations closely, particularly in so far as they affect [their] clients' industries" on slide 21.  I tried to monitor those developments in NIPC News but their speed and complexity prompted me to launch this blog.
Many of the uncertainties have been revolved.   The Trade Secrets Directive came into force during the 2 year notice period (see Transposing the Trade Secrets Directive into English Law: The Trade Secrets (Enforcement etc) Regulations 6 Jun 2019 NIPC Law).  The withdrawal agreement preserved EU intellectual property rights by converting them into national rights (see Intellectual Property Post Brexit 2 Feb 2020 and The Intellectual Property Provisions of the Draft Withdrawal Agreement 19 Nov 2019). Sadly, as I had anticipated in 2016 the UK has withdrawn from the Unified Patent Court Agreement just before Germany introduced legislation ratifying its accession (see Unified Patent Court Ratification Bill clears Lower House of the German Federal Parliament 30 Nov 2020).

As the process of dissolving the UK's 47-year legal relationship with its immediate neighbours will end at 23:00 on 31 Dec, brexit will in a sense be done.  I had thought about ending this blog at the same time but I believe that there will be many issues arising from brexit for many years to come.  There will be new initiatives like the English speaking commercial court in the Netherlands which are likely to interest businesses in the UK. The unitary patent will provide cost savings and other advantages for British companies even though the UK has withdrawn from the UPC agreement, There will be IP provisions to consider in the free trade agreements that the government hopes to negotiate. Also, it is not out of the question that the brexit experiment will be seen to fail sooner rather than later in which case it will be necessary to monitor the art 49 accession negotiations.

EU Intellectual Property Office, Alicante Author Kristof Roomp   Licence CC BY 2.0 Jane Lambert In  Were we to go - what would Brexit mean... 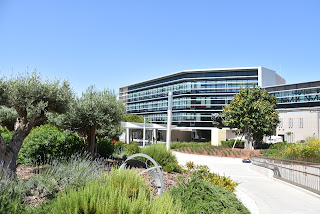