Jane Lambert
On 28 June 2022, the UK Intellectual Property Office published a new intellectual property guide to Australia.  This one-page guide contains information on the following topics:
The guide does not mention the phasing out of utility models known as "innovation patents" which once attracted considerable interest from inventors and their advisors in the UK.  Nor does it mention plant breeders' rights which are important to a major food and wine producing nation.
The reason for the publication is that Her Majesty's Government has recently negotiated a free trade agreement with the government of Australia.  There are already strong ties between the two countries. The IPO's press release states that there are a million UK citizens in Australia and that the UK's trade with that country was just under £10 billion in 2021.  When the free trade agreement comes into force, the IPO expects more opportunities for British companies in digital and services as well as luxury and other high-value goods.
I outlined the free trade agreement in The Free Trade Agreement with Australia on 20 Dec 2021.  I discussed the IP provisions of the agreement in Intellectual Property Articles of the Australia-UK Free Trade Agreement: General Provisions on 3 Jan 2022.   Readers will find links to all the resources that I have collected on Australia on my "Australia" page.
Anyone wishing to discuss this article or any of the topics mentioned in it may call me on +44 (0)20 7404 5252 during office hours or send me a message through my contact form.
at Tuesday, July 05, 2022 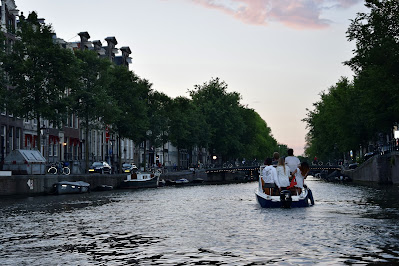